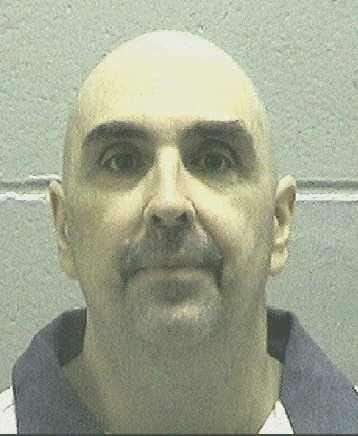 He was pronounced dead at 7:30 p.m., executed for murdering his ex-girlfriend, Sherri Holland, in 2001.

The 54-year-old inmates’s path to the death chamber was unusual.

He refused to appeal, so his third ex-wife, Gwen Thompson, tried to stop it, claiming he was not competent to make such a decision. But in a court hearing a little more than 10 hours before his lethal injection, the lawyer who filed the petition for Thompson dropped it because their mental health expert, psychologist Robert Shaffer, interviewed Spears on Tuesday evening and determined he was competent.

Also, just after noon on Wednesday, the State Board of Pardons and Paroles declined to stop the execution. Spears had not asked for clemency, but his attorney and others had gone before the parole board on Tuesday, asking the board to call it off.

Steven Spears said consistently in the years after he murdered Sherri Holland that he wanted the death sentence. In an interview with a psychiatrist on Tuesday, Spears explained that his decision was rational, and he didn’t have a death wish.

Steven Spears told psychiatrist Matthew Norman, who was hired by the state: “Would you want to live in a 6-by-9 cell? That’s not living. … Everything I do, I’ve got to get permission to do.

“I don’t want to live like I’m living. It’s like a cancer eating me up every day,” Spears said, according to the psychiatrist’s report.

Other than an automatic appeal that was filed after his conviction, Spears steadfastly refused to let lawyers challenge his sentence. Even at trial, he would not authorize his lawyers to present evidence that might have persuaded the Lumpkin County jury to vote for a life sentence.

He hid in a bedroom closet at her Dahlonega home for about four hours until she was asleep. And during the early morning hours of Aug. 25, 2001, he choked her unconscious, wrapped duct tape around her face, placed a plastic bag over her head and secured it with more tape.

After hiding in the woods for 10 days, a Lumpkin County deputy spotted him walking to town to surrender.