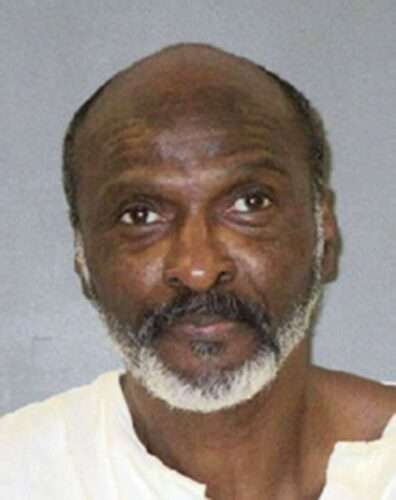 After the U.S. Supreme Court rejected a last-minute appeal for a stay, Texas executed William Rayford on Tuesday night for murdering his ex-girlfriend in 1999. At the time, he was on parole for killing his wife in 1986.

Rayford, 64, was the second Texas inmate to die by lethal injection this year. He filed multiple late appeals, claiming that his sentencing trial for murdering his ex-girlfriend was tainted by racial prejudice. He claimed that he was wrongly denied federal funding to allow further investigation of evidence in hopes of a lighter sentence from the jury.

In November 1999, Rayford entered 44-year-old Carol Hall’s house, began arguing with her, then stabbed her 11-year-old son in the back and chased her out of her Oak Cliff home. Her body was later found 300 feet inside a drainage pipe behind her home.

A Sunday school teacher, Hall had defended her relationship with Rayford, claiming it was her Christian duty to give him a second chance although he had stabbed his estranged wife in front of their four children. Her son later testified at Rayford’s trial that he had watched Rayford carry his mother toward the drainage pipe where her body was later found beaten, stabbed repeatedly and strangled.

Rayford was arrested at the scene. Hall’s blood covered his face and clothing.

In his petition to the Texas Court of Criminal Appeals in early January, Rayford’s lawyers introduced new claims that Rayford had brain damage caused by lead poisoning from a decades-old bullet fragment in his body and exposure to contaminated water when he was a child.

They also argued that his case mirrored the case of death row inmate Duane Buck. In February 2016, the appeals court ruled that Buck’s case was prejudiced by an expert trial witness and resentenced him to life in prison. Rayford’s lawyers claimed that he had experienced the same issue in his case when the state’s expert witness said that the racial makeup of prison units factors into prison assaults.

Rayford’s appeal was denied Friday. The court ruled that although lead poisoning wasn’t mentioned in the sentencing for the 1999 murder, Rayford’s defense brought up his mental illness, substance abuse and difficult childhood, none of which excuses beating, strangling and knifing an ex-girlfriend or stabbing her child.

Judge Barbara Hervey wrote that the state’s expert witness didn’t give any opinions about race in Rayford’s trial, unlike the expert witness from Buck’s trial, who claimed Buck would be a future danger to society because he was black.