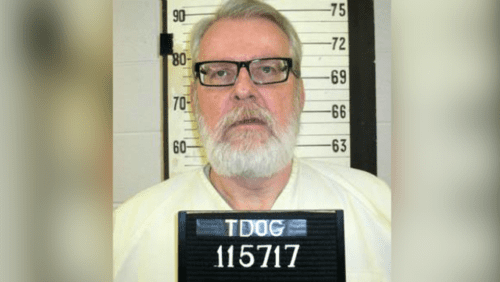 Tennessee executed its third inmate in the electric chair since November, killing a man Thursday who maintained that he didn’t stab a mother and her 15-year-old daughter to death in 1986. State officials pronounced 56-year-old Stephen West dead at 7:27 p.m. at Riverbend Maximum Security Institution in Nashville.

For his final words, West said, “In the beginning, God created man.” Then he started to cry and continued, “And Jesus wept. That is all.”

Attorneys for inmates David Miller and Edmund Zagorski made the same arguments before they chose to die by the electric chair in 2018. Both unsuccessfully argued to courts that Tennessee’s procedure, which uses the drug midazolam, results in a prolonged and torturous death.

Tennessee has put two inmates to death by lethal injection since August 2018.

In Tennessee, condemned inmates whose crimes occurred before 1999 can opt for the electric chair.

West’s attorney has argued that some “feasible and readily implemented alternative methods of execution exist that significantly reduce the substantial risk of severe pain and suffering” compared with the state’s three-drug protocol or electrocution: a single bullet to the back of the head, a firing squad, a “euthanasia oral cocktail” or one-drug pentobarbital, according to a February court filing.

West was one of four death row inmates who sued last year, asking a federal court’s permission to use a firing squad as an execution method. Currently, just three states — Mississippi, Oklahoma and Utah — continue to allow the use of firing squads. However, the last time that method was used was in 2010.

The last state other than Tennessee to carry out an execution by electrocution was Virginia in 2013, according to Death Penalty Information Center data.

West was found guilty of the kidnapping and stabbing deaths of 51-year-old Wanda Romines and her 15-year-old daughter, Sheila Romines. He also was convicted of the teenager’s rape.

In a clemency plea to Gov. Bill Lee, attorneys for West wrote that his then-17-year-old accomplice Ronnie Martin actually killed both Union County victims. West was 23 at the time. Their cases were separated, and while West was sentenced to death, Martin pleaded guilty as a juvenile and received a life sentence with the possibility of parole in 2030.

In a court filing, the state said West brutally stabbed the victims to death. An expert at West’s trial concluded two people were involved in stabbing the teen.

Regardless of the arguments about who killed the women, Tennessee is one of 27 states that allow executions of “non-triggermen” convicted of involvement in a felony resulting in a victim’s death, even if they didn’t kill anyone themselves, according to the American Civil Liberties Union.

West’s clemency filing says the jury never heard a jail recording from Martin saying he carried out the killings, not West. But a 1989 state Supreme Court opinion rejected the recording as uncorroborated hearsay that wouldn’t have exonerated West.

West’s attorney opted against playing the tape at sentencing because the judge would have allowed other recordings in which Martin incriminated West, court records show.

West’s attorneys also said the jury didn’t hear about his abusive upbringing because his parents paid for his lead lawyer. They wrote that the abuse created conditions that made West freeze in response to traumatic events.

Another Tennessee execution is scheduled for December.