Larry Eugene Mann, who crushed a little girl’s skull 32 years ago, died Wednesday night as chemicals coursed through his veins.

Mann was executed by lethal injection at Florida State Prison for the murder of 10-year-old Elisa Vera Nelson, whom he abducted one morning in 1980 as she rode her bicycle to school in Palm Harbor.

Afterward, Jeff Nelson, Elisa’s brother, stood in the light of a setting sun outside the prison, joining a crowd of about 50 people who turned out to offer support. Nelson, who was 12 when his sister was killed, thanked authorities for the capture and prosecution of Mann. He also thanked Gov. Rick Scott, who signed Mann’s death warrant

For three decades, he said, lawyers have talked about how Mann has changed in prison, how he studied the Bible and prayed and expressed remorse.

But no one ever talked about Elisa, he said.

She had a cheeky grin and bested a little league team full of boys. She was a cheerleader and dancer who loved to play teacher and tutored neighborhood kids.

She was a fun-loving fifth-grader with big blue eyes and shades of gold running through long, blond hair. She loved reading and learning and meeting new people. She tumbled through gymnastic lessons. At home, she hung posters of John Travolta on her bedroom wall. She had a cat named Smokey and a dog named Stupid.

Her parents, David and Wendy Nelson, moved to Florida from Michigan in the early 1970s and started a successful construction business.

On the morning of Nov. 4, 1980, Wendy Nelson took her daughter to an orthodontist to be fitted with braces. She wrote a note to excuse Elisa’s tardiness from class at Palm Harbor Middle School. Just after 10:30 a.m., Elisa pedaled off to school on her blue and silver bike.

Elisa’s parents reported her missing later that day and Pinellas sheriff’s deputies launched a massive search. Nearly half of Palm Harbor turned out to help, one deputy later testified. Before sunset, a sheriff’s helicopter spotted Elisa’s bike in a drainage ditch north of the school.

The next day, two men searching an isolated, weed-choked orange grove west of County Road 39 found her body beneath an avocado tree.

Her throat had been cut, an autopsy showed, but she died from a single blow to the head from a concrete block.

The crime began to unravel after someone phoned a TV station and said authorities should look at Mann. Detectives later learned the call came from one of his neighbors, who had seen him washing dirt off the tires on his 1957 Chevrolet pickup shortly after Elisa went missing.

It wasn’t the first time Larry Mann had been investigated for a violent crime. In 1973, in Mississippi, he forced his way into an apartment where a woman was baby-sitting a 1-year-old boy. He made the woman commit a sex act, threatening to harm the child if she didn’t. He was later arrested and served time in prison.

Before that, when he was a teen, Mann kidnapped a 7-year-old girl from a church parking lot and molested her.

A forensic exam of Elisa’s bike turned up a set of fingerprints under the seat and near the front tire. They belonged to Larry Mann.

But the case’s biggest break came a few days later when Mann’s wife, Donna, went to his truck to retrieve his glasses. On the front seat, she found Wendy Nelson’s note excusing Elisa for being late to school. It was stained with blood. She gave the note to detectives.

They searched his truck and found blood and hair matching Elisa’s inside the cab. A paint scraping from the rear bumper matched paint from Elisa’s bike. And pieces of foam rubber from the front seat matched pieces stuck to Elisa’s clothing.

Prosecutors theorized that Mann abducted Elisa intending to molest her, but did not go through with it. When she tried to escape, he killed her. A jury convicted him of first-degree murder in April 1981 and recommended death by a 7-5 vote.

But legal errors led him to be resentenced twice — in 1983 and 1990. And appeals kept him alive on death row for more than three decades. Few men on death row had been there longer.

In that time, lawyers argued, Mann changed. He corresponded with Sister Loretta Pastva, a nun and professor at Notre Dame College in Ohio, writing her more than 400 letters.

“He realizes the seriousness of the thing he did,” Pastva testified in a 1998 appellate hearing. “He is very sorry about it. He does not expect anything, any special treatment, but he would wish for some mercy.”

Such thoughts stoked the ire of Elisa’s surviving family.

“It is glaringly apparent that there is something fundamentally flawed with a justice system that takes over 32 years to bring to justice a pedophile who confessed to kidnapping and murdering a 10-year-old girl,” Jeff Nelson said. “Several juries of Mann’s peers decided that his crime was so heinous that he should die for it. For the last 12,000 days, there have been arguments about pieces of paper that have no bearing on the facts of this case. … But there is never any deliberation about what he did to Elisa in that orange grove on that November morning.”

Earlier in the day, Mann prepared a written statement. It quoted Bible verse, Romans 6:23: “For the wages of sin is death: but the gift of God is eternal life in Christ Jesus our Lord.”

Twenty-one witnesses stared at their reflections in a rectangular window as the execution team prepared behind a brown curtain.

At 7:03 p.m., the curtain rose. Mann lay strapped to a gurney. His bald white head peeked out the end of a white sheet that covered his body. An intravenous tube pierced his left arm.

He lifted his head and looked through the window. He leaned back and gazed at the ceiling.

A prison official asked if he wanted to say anything.

The chemicals began flowing at 7:04. The witnesses watched in silence. Mann closed his eyes. His chest rose and fell.

At 7:07, his mouth slipped open. His cheeks turned ashen.

At 7:19, a man in a white coat appeared from behind a curtain. He lifted Mann’s eyelids and shined a light. He put a stethoscope to his chest.

It was over in 15 minutes. The curtain closed. 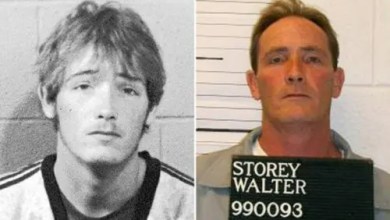 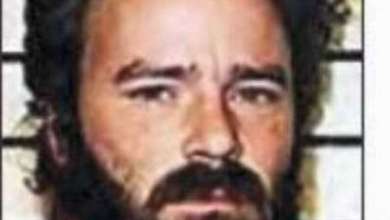 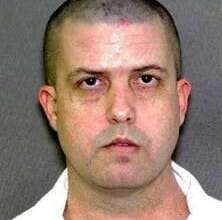 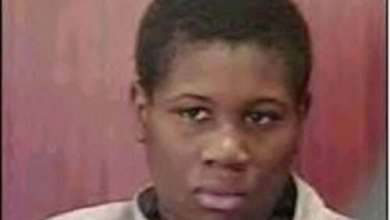