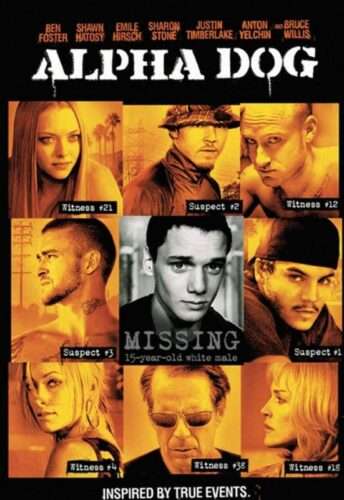 According to court papers Jesse James Hollywood, Jesse Rugge and William Skidmore were driving around looking for Benjamin Markowitz with no such luck however they came across Nicholas Markowitz who was fifteen years old at the time and they decided to grab him hoping to entice his brother to meet with Hollywood. The three would bring Nicholas to Santa Barbara where he was left with Jesse Rugge while Hollywood would return to Los Angeles.

This is when the kidnapping turned odd as Nicholas Markowitz was given drugs and alcohol and brought to a number of parties where numerous people saw him. Why he did not ask for help is still not understood.

Nicholas Markowitz would be brought to a remote location where a grave had already been dug by Graham Pressley. Nicholas was hit over the head by a shovel and shot multiple times by Ryan Hoyte. The gun was thrown into the grave and dirt was used to cover the body and murder weapon.

Ryan Hoyt recieved the most severe penalty as he was convicted of murder and kidnapping and would be sentenced to death. As of 2021 Ryan Hoyt remains on California Death Row. Ryan Hoyt was portrayed by Shawn Hatosy in Alpha Dog

Jesse Rugge who befriended Nicholas Markowitz and told the fifteen year old he was safe would be convicted of murder and kidnaping would be sentenced to life in prison however he was eligible for parole after seven years. In the end Jesse Rugge would be released from prison after serving 11 years. Jesse Rugge was portrayed by Justin Timberlake in Alpha Dog

Jesse Rugge (pictured), convicted on charges of aggravated kidnapping in connection with the killing of 15-year-old Nicholas Markowitz 13 years ago, was released from Chino prison after serving 11 years of a life sentence. The state parole board voted to release Rugge over the objections of Governor Jerry Brown, Santa Barbara prosecutors, and Susan Markowitz, the victim’s mother.

Rugge was one of five young men arrested and convicted for the shooting masterminded by Jesse James Hollywood, a small-time San Fernando Valley pot dealer who ordered the kidnapping after Markowitz’s older brother ripped him off in a drug deal. Prosecutors alleged that Rugge was more intimately involved in the killing but could never prove it. Susan Markowitz reminded the 12 parole board officers that Rugge had initially told investigators that he had bound her son’s wrists with duct tape and had helped bury him after he’d been shot in the face at a location near Lizard’s Mouth. But those admissions were ruled inadmissible by Judge William Gordon because the investigator had suggested Rugge could face the death penalty if he didn’t confess. Rugge has never repeated those admissions, and during his trial he testified that he had left the group after they’d arrived at Lizard’s Mouth and had no idea that a murder was in the making.

Speaking to the parole boardmembers, Rugge said he took responsibility for Markowitz’s death because his role in the kidnapping precipitated the chain of events that led to the murder. Ron Zonen, who prosecuted Rugge and the other four defendants, termed the admission “shallow and cynical,” and he objected that Rugge has never really acknowledged the depth of his involvement. According to state prison records, Rugge — now 33 — had been a model prisoner, had taken numerous classes, completed his GED, and participated in AA meetings. Rugge had come up for release several times prior, but he had always been turned down. Hollywood was convicted of ordering Markowitz killed and was sentenced to life. Ryan Hoyt, the actual triggerman, was sentenced to death. One of Hoyt’s attorneys was disbarred for professional misconduct shortly after his conviction. Whether Hoyt received competent representation will be the subject of lengthy appeals.