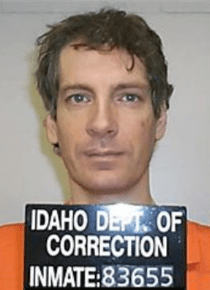 Joseph Duncan is a serial killer who was sentenced to death by the Federal Government. According to court documents Joseph Duncan was responsible for three murders in Idaho Brenda Groene, 40; her boyfriend, Mark McKenzie, 37; and her son, Slade Groene, 13, and the two younger children were missing. Seven weeks later a witness saw one of the children with an unidentified man and called the police. Police would arrest Joseph Duncan and identify Shasta Groene, 8, but her brother Dylan was still missing. Unfortunately the remains of Dylan Groene would be found in Montana months later. Joseph Duncan was also responsible for the murders of ten year old Anthony Martinez and Sammiejo White, 11, and her half-sister, Carmen Cubias, 9.

Joseph Duncan would be convicted of seven murders and would be sentenced to death. In 2021 it was announced that Joseph Duncan has brain cancer and his prognosis is six to twelve months meaning he will die from cancer and not lethal injection. Joseph Duncan died on March 28 2021

Convicted child killer Joseph Duncan has terminal brain cancer and will likely die before his federal death sentence is carried out, according to court documents.

Duncan was convicted of killing four members of a family from Coeur d’Alene, Idaho, in 2005. He kidnapped two children, Dylan and Shasta Groene, from the family’s home and tortured them in Montana before killing the boy.

Shasta Groene was the only survivor of the rampage and was rescued when Duncan stopped at a restaurant in Coeur d’Alene and the girl was recognized by the staff.

Though he was never charged in the case, authorities have said Duncan also confessed to the slayings of Carmen Cubias, 9 and her half sister Sammiejo White, 11. The girls were abducted from Seattle in July 1996 and their remains were found in an empty field in Bothell in February 1998.

KXLY-TV reports Duncan, who is from Tacoma, has been on federal death row in Indiana for years as his appeals move forward.

In court filings earlier this year, attorneys disclosed that Duncan underwent brain surgery last October and was diagnosed with glioblastoma, a brain cancer, at stage IV. According to court records, he has declined chemotherapy and radiation.

“In November 2020, Bureau of Prisons medical staff determined his life expectancy to be 6-12 months…. medical staff discussed end-of-life preparations with Mr. Duncan,” according to court documents.

Duncan’s attorneys disclosed late last year that he had terminal brain cancer and did not have much longer to live.

He died at just after 2:30 am pacific time at a hospital in Indiana. He was on federal death row at a prison in Terre Haute.

He was convicted of killing Brenda Groene, Slade Groene, Dylan Groene and Mark McKenzie; he murdered the family in order to kidnap Dylan and his sister Shasta. He held the children captive for several weeks in Montana before returning Shasta to a Coeur d’Alene Denny’s.

After his arrest, DNA linked him to the murder of 10-year old Anthony Martinez in California. Martinez was murdered in 1997 while Duncan was on parole for a rape charge in Washington. He was kidnapped while playing outside of his home, his body was found 15 days later. It wasn’t until after Duncan’s arrest in Idaho that he was linked to the crime.

He’s also been linked to the murders of two young girls in Seattle in the 1990s.

After his release from prison, he moved to Fargo and was attending college. Shortly before graduating in 2005, he was accused of molesting a young boy on a playground in Minnesota. He posted a low bail and skipped town. He was driving to Washington where his family lived when he said he spotted the Groene children playing outside their home along Interstate 90. He hatched a scheme then to kidnap the children, buying night vision goggles and stalking the family.

He videotaped many of his horrific crimes against the Groene children. One veteran investigator said the video “shook him to his core.”

Duncan said early on that he would not appeal his death sentence, but an appeal in his case has been going forward.

“The sun is a little brighter today,” said Anthony Martinez’s mother, Diana. “My soul is lighter. The world is a more beautiful place without the evil that is Joseph Duncan. God chose to make his end a long suffering and I believe that is fitting. The horror of his thoughts consumed him.”

Anthony would have been 34.

Anthony’s father Ernesto said “While I would’ve liked to witness his execution, knowing he is now standing before God being held accountable for what he has done, what he did to my son, and the horrible crimes he committed to others, that is the real justice.”

“God has brought pure justice for all those Joseph Duncan has hurt,” said Anthony’s younger brother Marcos. “There is less evil in the world. Nothing can bring my brother back, but now Duncan can never hurt anyone again. Because of him, I will spend the rest of my life doing everything I can to fight against any evil left in the world.”