Gary Ray Bowles was a serial killer from Florida who was known as the I-95 Killer and was responsible for six murders. Gary Ray Bowles would be executed by lethal injection. On this article on My Crime Library we will take a closer look at Gary Ray Bowles.

Gary Ray Bowles was born in Clifton Vorge Virginia on January 25, 1963. His father would die from black lung disease six months before he was born. His mother would get married to another man who was a chronic alcoholic and severely abusive to his family. When Gary Ray Bowles was thirteen he would fight back and injure his stepfather then he would leave the home

For the next several years Gary Ray Bowles would be homeless and would work as a male prostitute in order to survive.

In 1994, shortly after getting out of prison, Gary Ray Bowles would commit his first murder. An older man had offered Bowles a place to live and Gary Ray would later beat and strangle the man causing his death. After the victim was dead Bowles would rob the victim.

Over the next six months Gary Ray Bowles would murder four more men using the same pattern: he would offer his services as a prostitute, murder the victim and then steal their valuables.

In 1995 Gary Ray Bowles would be arrested for the murder of a sixth man and shortly after confess to all of the murders. Bowles would tell police that his girlfriend was pregnant but would later get an abortion after learning Gary Ray worked as a prostitute so he blamed all gay men for the abortion.

Gary Ray Bowles would be executed by way of lethal injection on August 22, 2019. For his last meal he had three cheeseburgers, french fries and bacon. 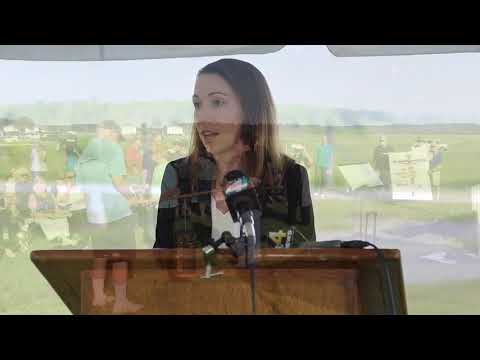 Gary Ray Bowles, known as the “I-95 killer,” charmed his way into men’s lives and homes with promises of sex and manual labor only to end their lives typically by strangling them.

The series of killings began in Daytona Beach with John Hardy Roberts. In between, there were victims in Rockville, Maryland; Savannah, Georgia; Atlanta and Nassau County, Florida.

Alverson Carter Jr., of Atlanta: A 47-year-old man was found stabbed to death on May 13, 1994, several days after his death.

Albert Morris, of Nassau County, Fla.: A 38-year-old convenience store owner was gagged, beaten, strangled and took a shotgun blast in the head. His body was discovered by his parents on May 19, 1994.

Walter Hinton, of Jacksonville: A 47-year-old florist strangled to death in November 1994 after Bowles dropped a 40-pound cement block on his head as he slept.

In each case, Bowles had a signature: He stuffed the victims’ throats with objects, including rags, toilet paper, dirt, leaves — even a sex toy.

In 1996, a Duval County jury convicted Bowles of the November 1994 death of Walter Hinton. By a vote of 10 to 2, the jury recommended a death sentence.

Seemingly resigned to his fate, condemned murderer Gary Ray Bowles declined to articulate his thoughts Thursday night while strapped to a gurney as two strangers stood near him waiting to watch him die.

But he had written a letter before the lethal injection.

“I never wanted this to be my life,” Bowles wrote in his letter, which was distributed to the media after his execution Thursday. “You don’t wake up one day and decide to become a serial killer.”

Twenty-nine people sat on the other side of a window and watched Bowles take deep breaths through his mouth as 100 milligrams of a sedative was flowed into him intravenously. Fourteen minutes after the process started, Bowles was dead.

As more drugs were pumped into his veins, Bowles’ breathing slowed to a stop. His lips turned purple and his face ashen. An unnamed man in a lab coat walked from behind a curtain, opened each of Bowles’ eyelids to check his pupils before pressing his stethoscope against his neck. Then he lifted up the sheet and checked the prisoner’s chest.

Bowles, the infamous “I-95 killer” who targeted and murdered gay men from Daytona Beach to the suburbs of Washington D.C., was pronounced dead at 10:58 p.m. Thursday at Florida State Prison.

Bowles killed six people across the Southeast and Mid-Atlantic — John Hardy Roberts, 59, of Daytona Beach; David Jarman, 39, of Wheaton, Maryland; Milton Bradley, 72, of Savannah, Georgia; Alverson Carter Jr., 47, of Atlanta; Albert Alcie Morris, 37, of Hilliard; and Walter Hinton, 42, of Jacksonville. In each case, Bowles prostituted himself to them before killing them.

He pleaded guilty in the other two Florida murder cases and received life in prison for those convictions. He was not prosecuted for the three out-of-state murders.

None of Bowles’ victims had spouses or children and many of their family members are deceased. Hinton’s mother was his last living relative and she died seven months before Bowles’ execution. Thursday’s execution was not witnessed by any family members of his victims. The witnesses mostly comprised of retired law enforcement officers.

“That’s a very sad and unfortunate part of this, how long it took for this day to happen,” said Bernie de la Rionda, who prosecuted Bowles for the Hinton murder and who sat in the front row about 5 feet from Bowles.

De la Rionda has attained death sentences for more than 30 murder defendants. Thursday was the second execution he has witnessed. He intends to be present for all of them. He makes that promise each time to the victim’s family, he said.

Bowles, in his two-page letter, apologized to Hinton’s loved ones. Bowles did not mention the other five victims he killed, including his first victim, Roberts, who was slain inside his beachside home March 14, 1994, in Daytona Beach. He killed his next five victims during an eight-month period that stretched a geographical area of more than 800 miles. During his rampage, Bowles was added to the FBI’s 10 Most Wanted Fugitives list and featured on “America’s Most Wanted” at least five times.

There were 29 people in the viewing room to witness the execution. De la Rionda was joined by several retired law enforcement officers, most of whom worked the Hinton murder, he said. At least one minister also was present, along with four media members.

Seven hours prior to the execution, prison officials said Bowles had woken up earlier in the day in “good spirits.” For his last meal, he ate three cheeseburgers, French fries, and some bacon.

Then came the wait, which was extended by nearly five hours as Bowles awaited word from the U.S. Supreme Court, which ultimately denied Bowles’ application for a stay. The application was based on the argument that Bowles was intellectually disabled when he killed Hinton.

However, Sotomayor said Bowles’ case did not “squarely” apply to the concerns she had with the system, but stated she would be prepared to revisit a future challenge to the state’s death penalty procedures.

When he murdered Hinton, Bowles had been living under the alias Timothy Whitfield. He chose that identity because he found a birth certificate and other documents belonging to Whitfield when he murdered his second-to-last victim, Morris. It was with that birth certificate that he was able to obtain a driver’s license and other documents under that name.

The killing started when Bowles struck Roberts in the back of his head with the base of a lamp inside his home on Vermont Avenue. Roberts fought back, but Bowles choked him and crammed a towel down his throat so hard that it damaged Roberts’ larynx, according to Daytona Beach police.

During every murder Bowles committed, he stuffed something in his victim’s mouth to suffocate him. In one case, it was dirt and leaves. In another case, it was a sex toy, authorities said.

Bowles had been staying with Roberts, who had paid him for sex, police said. Bowles stole Roberts’ car and wallet and left town the day after the murder. Hours later, a friend of Roberts found his body on the living room floor. Detectives tracked Bowles to Tennessee, but couldn’t catch up to him before heading east to Maryland.

Jarman was his next victim, a man he had picked up at a gay bar in DuPont Circle in Washington D.C. Bowles admitted to going back to Jarman’s place in Wheaton, killing him there and stealing his car and wallet.

A couple weeks later, Bowles wound up in Savannah, where he killed Bradley. The lead investigator in that case, John Best, said Bradley was beaten by pieces from a discarded toilet lying near a utility shed before he was suffocated.

Best, who retired as a captain with the Savannah Police Department, decided the morning of the execution not to attend.

While he believes the death sentence in this case was just, he was surprised at the tone of Bowles’ letter. He said he never expected Bowles to express regret or sorrow for what he had done.

“I’ve got to say, it seemed like he was sincere,” Best said.

Also in the letter, Bowles thanked his attorneys and his friends. He also thanked the warden and employees at Florida State Prison for treating him with respect during the 73 days he was on “death watch.” He said they helped him feel “human again.”

Bowles devoted a paragraph of his letter to his mother.

“I want to tell my mother that I am also very sorry for my actions,” Bowles wrote. “Having to deal with your son being called a monster is terrible. I’m so very sorry.”

Annelissa Falice, 43, a death penalty opponent, befriended Bowles while he was on death row. The relationship he had with his mother, who suffers from ailing health and lives in Arizona, had deteriorated to the point where the two had not talked for 19 years, Falice said.

The two spoke on a the phone a few days before his execution.

Born on Jan. 25, 1962, in Clifton Forge, Virginia, Bowles was raised by his mother and the various men she married. Bowles’ mother moved around a lot while Bowles was young. Bowles told investigators that two of his stepfathers physically abused him.

“He didn’t have a good relationship with her at all,” Falice said. “It was very sad. He blamed her for how his life turned out the way it did.”

Bowles ran away from home at 14 and started earning money through prostitution after a hitchhiker, who would become his first john, told him he could earn money by having sex with men, authorities said.

Bowles’ first prison stint was after he had sexually battered a woman he was dating. He wound up in and out of jails and prisons during the next 13 years. At 32, and only after being out of prison for a few months, he began his homicidal rampage.

Bowles mostly kept his eyes closed during the execution. He didn’t make eye contact with any of the spectators. As the first dose was being administered, Bowles kept murmuring. Prison officials said no one could pick up on what he was saying, but witnesses speculated that he was praying.

At 10:45 p.m., one minute after receiving the first dose of the sedative, Bowles started taking deeper breaths. A couple minutes after that, he had drifted off to sleep. An official with the Florida Department of Law Enforcement, who stood closest to Bowles, brushed his finger across the prisoner’s left eye and then pressed hard against his shoulders with both hands to check to see whether he was unconscious.

After it was apparent that Bowles was unconscious, the harder drugs were administered — a paralyzing agent and then a fatal dose of potassium acetate.

De la Rionda said he thinks Bowles was killed humanely, just as the law requires. While he watched, de la Rionda kept thinking about how Bowles’ victims were comparatively brutalized.

“I kept contrasting his death to those horrific murders that he committed against those six innocent victims,” he said.